A Lie to Cover a Lie

Account Created on 19 May 2006 (#10272055) Last updated on 20 September 2011 Gift
Name:
With a long E, as in Evil
Location:
Brooklyn, New York, United States
Website:
No, seriously, I really am a lemming.
External Services:
Every time I remember you have siblings, I'm surprised. Actually, every time I remember you have parents, I'm surprised; it's like you were brought to us, just as you are, by the Spaghedeity Himself. –


Evelyn Nash in a Nutshell
Purveyor of fine cheeses.
Devourer of boneless buffalo wings.
Fancier of most things uncool.


Evelyn Nash in a ReallyBig Nutshell
This was my I'm-moving-home-and-starting-my-life-over-again-for-the-third-time journal. But then I decided not to move home. My life still feels pretty starting-over-again-ish, though.

I grew up on a farm in the middle of Ohio, which is pretty much the awesomest place in the world, so shut it. I graduated from THE Ohio State University with a degree in English and Creative Writing, which I'm not wholly pleased with, 'cause it means that no one will be surprised once I hit the bigtime. And I'm gonna hit the bigtime, believeyoume.

I moved to Manhattan in July of 2005 to live in this gigantic apartment in the West Village with the boyfriend I'd met my junior year of college. He'd come here a year before I did to get his graduate degree in film studies from NYU, which I thought was insanely hot. We moved to a tiny studio on 8th Ave. in Chelsea and bragged about the fact that we were spending $1800 a month for one room, because laughing about it made it hurt less. We spent everything we earned on frozen hot chocolate, horrible horror and excellent indie movies, and The Greatest Turkeyburgers in the Entire World™ at the famous Cozy Soup'n'Burger. And then he decided that he hated it here and left me a quivering, lonely mess of an ex-girlfriend.

I lived with my friend Meredith in Prospect Heights for a couple of weeks after he went home until I found a Park Slope sublet with a girl named Magali and a pitbull named Balthazar. I literally had the biggest bedroom in all of the state of New York, I'm convinced. My landlord soon decided that he only wanted investment bankers and their yogamom wives living in his building, though, so I moved myself into a 2-bedroom in Williamsburg with my hipster friend Wen on November 1st, and if I forget for a moment that the L train sort of only runs when it feels like it, I couldn't be happier. I'm working at a software company in Battery Park to pay the rent and at a bookstore in Chelsea to pretend like getting my degree was worthwhile. As of September 14th, 2006, I'm dating a boy named Kamran who has a Ph.D. in physics from Princeton and now works in intellectual property law; I only tell you that because he's not capable of bragging about himself. I sort of can't imagine New York without him.

My former life is preserved in my very pink former journal,


An Assortment of Random Things That Make Me Happy, Displayed Mostly in Pictures I've Taken (and I don't mention that I took them because I think I'm a good photographer, but rather I want you know that I actually know the girls with the sexy tongues): 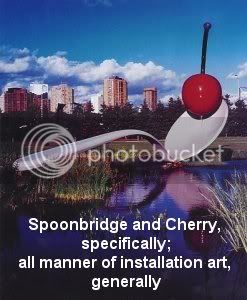 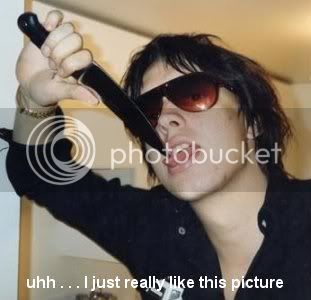